This is getting a little out of control... 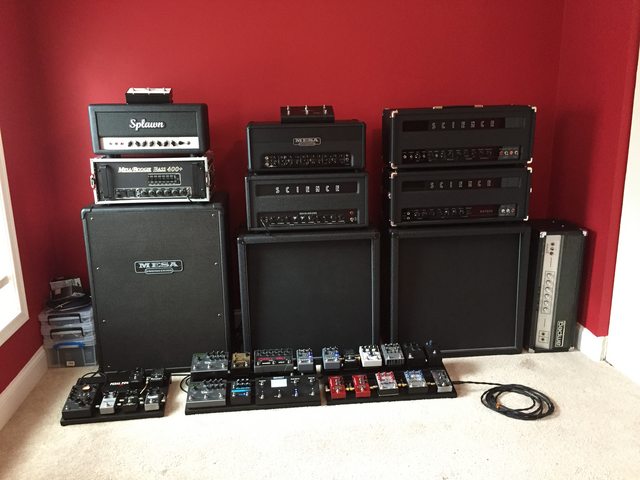 Decided to flip my gear for something totally different.
ibarakishi

Decided to flip my gear for something totally different.

how are you liking it? and how does it take other dirt/boosts/ect. ?
odontophobia

Decided to flip my gear for something totally different.

how are you liking it? and how does it take other dirt/boosts/ect. ?

I like it a lot. But I only have two pedals right now. Volume pedal and tuner. Gonna drop a Rubberneck in the loop for delay and that's it. Trying to simplify my rig and play more guitar. Spent too much time obsessing over "cool stuff" and not playing enough.

But yeah, it's fucking great. Reverb is awesome on it. Gets pretty huge if I want it. Been using it as a single channel, dirty amp, and controlling "clean" with the volume pedal. It's been fantastic. Excited to try out the Rubberneck with it for just a touch of analog delay here and there but I'm pretty simple in my playing and won't need much else, I suspect.

But... we all know how that goes.
plaguesun Just a couple weeks old now, VTM60 and the blackstar are now in the closet collecting dust
JonnyAngle Stacking that SVT on top of there was fuuuuuuun.
WORMDIRT

Stacking that SVT on top of there was fuuuuuuun.

Christ Almighty looks incredible.
Taking the svt down is gonna require a hardhat for sure.
odontophobia

You should get a ladder that attacks to the amp the same way the guitar hang does.
Post a reply
Switch to full style